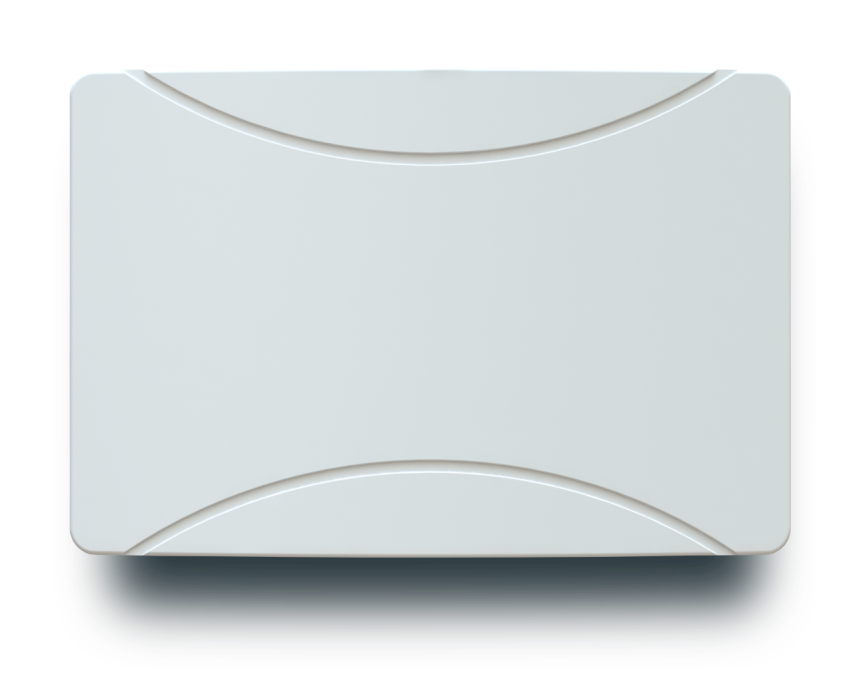 Intended to improve indoor air quality in the buildings

Fine particles, also known as "Particulate Matter" or PM, are complex mixtures of extremely small particles. These particles are consisting of a number of components (nitrates, sulfates...), chemicals, organics, metals and soil or dust residues.

They are mainly generated by any type of combustion or friction.

Fine particles are included in the list of priority pollutants with reinforced monitoring at the national level. According to an estimate by Santé Publique France in 2016, particulate matter is responsible for 67,000 deaths per year.

More generally, these fine particulates have negative consequences on respiratory and cardiovascular health. They can cause inflammation of the airways and lungs that impairs the immune response and reduces the ability of the blood to carry oxygen.

The finer a particle is, the deeper it can penetrate the respiratory tract and therefore the higher its potential toxicity. The largest particles (PM10) are retained by the upper airways. 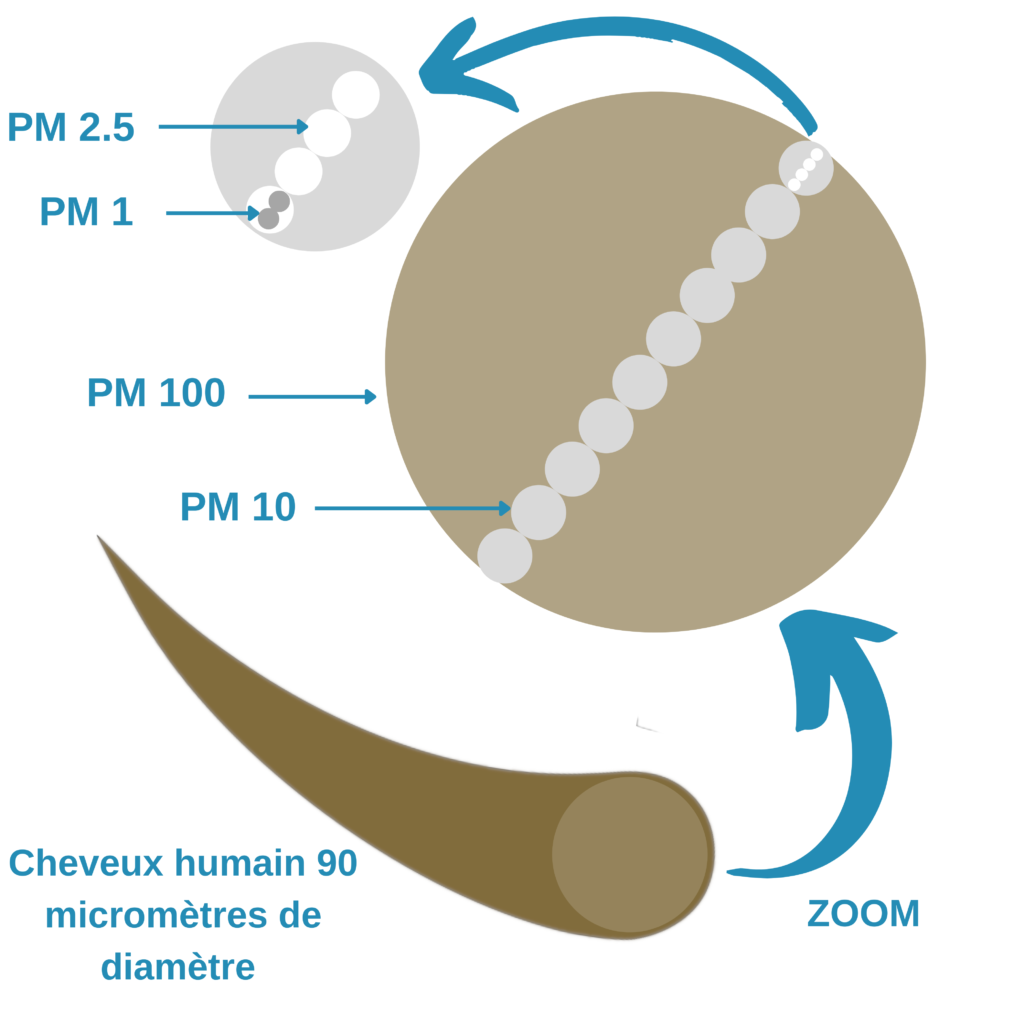 The largest fine particles that affect health. They are found near roads and dusty industries, are less than 10 micrometers in diameter and do not stay in suspension very long. Includes fine, very fine and ultrafine particles.

Fine particles such as those contained in smoke and haze. They are less than or equal to 2.5 micrometers in diameter. Diesel engines generate a lot of them. They remain in suspension for several days. Includes very fine and ultrafine particles.

Very fine particles are less than or equal to 1 micrometer in diameter. They remain permanently in suspension and are practically eliminated only by precipitations.

PM below 1 micrometer is the most dangerous to health.

Ultrafine particles (UFP) with a diameter of less than 0.1 micrometers (100 nanometers), which corresponds to the size of a virus or a DNA molecule. They include "nanoparticles". 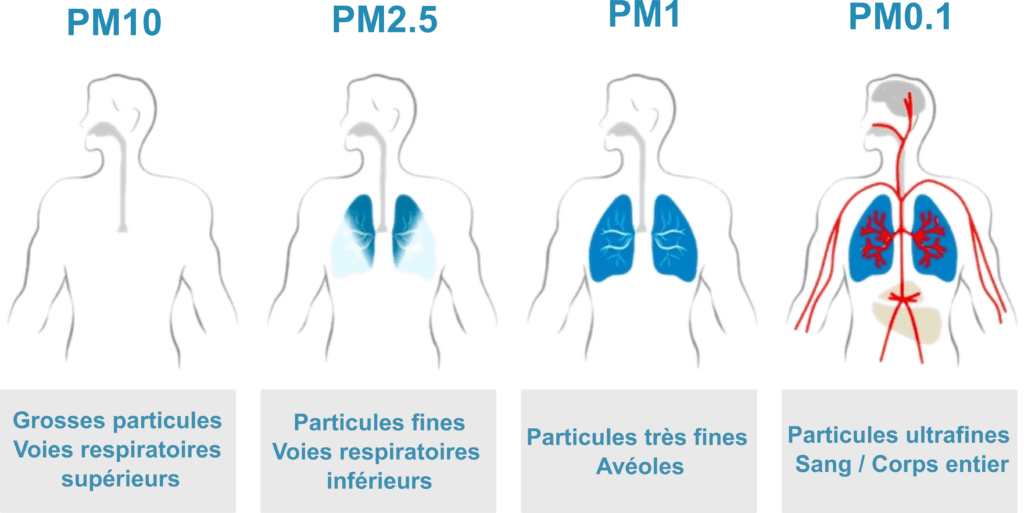 A probe for the
NEW and RENOVATION

✓ Compatible with the E4000-NG probe as a Modbus slave of the latter.

✓ Up to one measurement per minute for optimal granularity.

✓ Remedial control configurable via screen tool (via Modbus, 0-10V and or EnOcean).

✓ Optional LED module (3 colors), color change according to the thresholds defined via the screen tool.

The possibility to combine the E4000-NG and P4000-NG probe, via the Modbus protocol, allows to measure more environmental parameters, and share them with a single communication option !

Why pair these probes?

To have a complete vision on indoor air quality

Air pollutants are invisible and diffuse, NanoSense helps you to be aware of the quality of the air we are exposed to every day.

Fine particles are among the main pollutants to be monitored. These airborne dusts have been classified as carcinogenic by the WHO since 2012. They easily penetrate the respiratory tract and can then have negative consequences on health.

✓  Installation with two screws, fixed to the wall

✓ Easy to set up and use

Consult the documentation for more information. 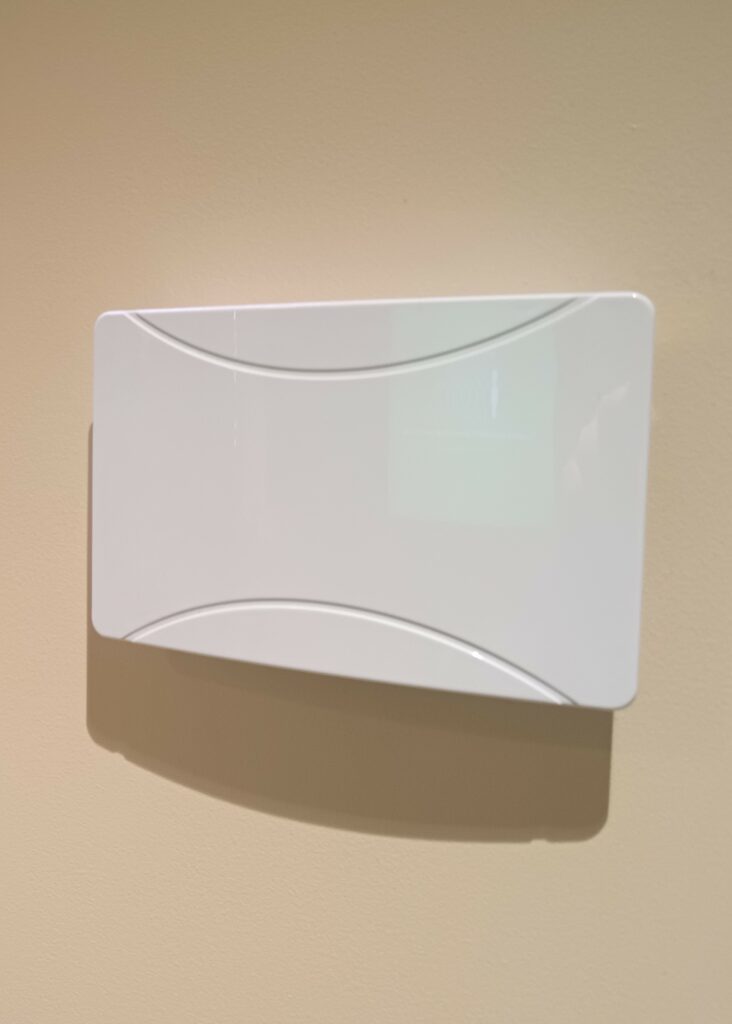 The protocols of communication 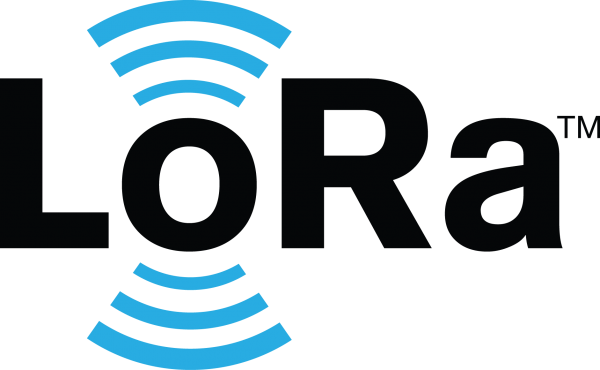 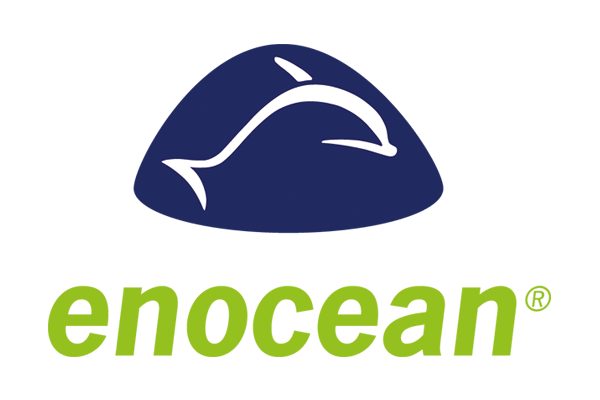 To go further:
Principle of detection by laser diffraction 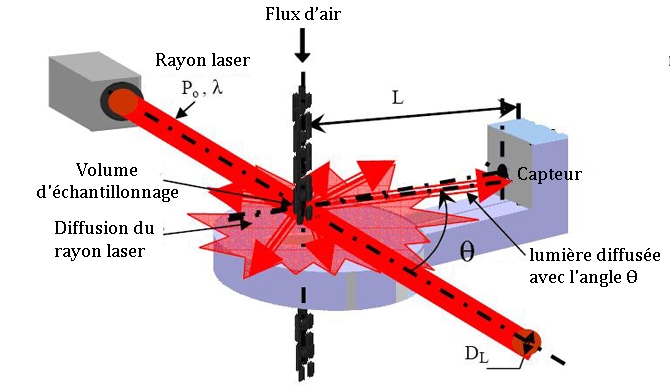 When a laser beam passes through pure air, the beam is invisible. When the beam is visible, it is because the beam diffracts on particles along its path. If you look at the beam from the side, the more visible the beam is, the greater the density of particles.

Such a particle sensor uses a near-infrared source (laser diode). The sensor is an avalanche diode photo with an amplifier. Infrared is used to avoid any interference with daylight.

The density of the dust is primarily dependent on the airflow. The orientation of the laser and the sensor ensures that no dust is deposited on the optical components when the air source is turned off. (Note that a fan operated for a few seconds every minute controls the airflow necessary for particle counting and size discrimination.)

Each particle passing through the front of the laser beam diffracts a portion of the beam to the photodiode, and the air flow is constant, and the measured pulse width allows the particles to be sorted by size. A moving average of the number of particles in the category is performed in 60 seconds.

Although larger particles exist in the indoor environment (especially fabric fibers), they are not harmful to health, so particles larger than 10 microns are not counted. PM (Particles Matter) refers to the total weight of particles per volume of air.

This is a relic of the time when the available technology was unable to detect individual particles. For each particle size, a typical mass is assigned to express the result in a standardized unit, i.e. µg/m³. Modern monitoring equipment, such as the P4000-NG, counts individual particles in three size classes that correlate to PM10, PM2.5 and PM1.

The assumption for the mass calculation is that the particles are spherical, which is not always the case.